Primewell manufactures a low-cost line of tires that are primarily sold at local tire shops like Firestone, Tires Plus, ExpertTire, and Wheel Works. The brand is owned by a company called Giti, a global company headquartered in Singapore, and the tires are usually manufactured in China.

It is difficult to find any actual reviews for Primewell tires, as you may have already realized while searching. We believe this is not by coincidence. We would recommend spending a little more and buying one of the best rated tires instead. However, if your budget is tight, it is better to look at a budget brand like Fuzion or Westlake, which actually have reviews on sites like Amazon.com.


Verdict: There are many good and inexpensive tires in the passenger all-season category, but the PS830 / PS850 is not one of them. The very best is the Goodyear Assurance TripleTred All-Season tire, though it is about twice as expensive. If you are reading this from a Firestone shop, you may want to get the Firestone FR710 instead, which is affordable and has average ratings.
If your budget limits you to the cheapest tire, you may want to look at the Milestar MS932, which has a 4.6 star rating at Amazon.

The Valera Touring II has a 50k mile warranty, but is not known for having positive reviews (see this scathing review on Facebook). We highly recommend the Kumho Solus TA11 instead, which has a 6-year/75k mile warranty and a 4.7 rating. For a more budget option, you might want to look at the 4.6 Milestar MS932 or Westlake RP18.

The PS860 has a lower speed rating (S) than most Touring tires, which makes it not only a bad but possibly unsafe choice for most modern performance oriented vehicles, because it is only rated to 112 mph. You should look for no less than the speed rating as listed in your owner's manual or tire spec sticker (commonly found on the driver's door jamb or under the center console armrest). For performance tires, this will likely mean an H-speed rating (130 mph), V-speed (149 mph) or higher (Z, W, Y).

With the available tire sizes in the 15-inch size and aspect ratios between 60 and 70, we can tell the PS860 are made for older and classic cars. If you desire the raised white letters, we would highly recommend the Cooper Cobra GT instead, which are rated at a slighly higher T-speed rating and have a 4.5+ rating at Amazon.

If you have a modern performance vehicle, read on to see our review of the Valera Sport AS, below.

Primewell Valera Sport AS
2.3 out of 5 based on 9 user ratings as of 8/15/21. We cannot recommend the Valera Sport AS as a high performance or UHP tire, even though they are W-speed rated in all available sizes. It is not just due to a lack of driver reviews, but some forum posts that suggest these are subpar tires. Our top budget alternatives would be the following:

For a low budget option, you may want to look at the Milestar MS932 Sport tire. Those are primarily H- and V-speed rated, so you will want to check your manufacturer recommended specs before buying these. With a UTQG wear rating of 540, we don't think they are true performance tires. Stick to the above list if you can afford one of them.

The Valera H/T is a highway all-season tire for CUVs, SUVs, and pickups. Firestone offers a 50k mile limited warranty. We cannot find many positive reviews on this tire. Unless you absolutely cannot afford it, we would recommend these well-reviewed tires instead:

The Valera H/T LTR is a highway all-season tire for SUVs and light trucks. We cannot find many positive reviews on this tire. Unless you absolutely cannot afford it, we would recommend these well-reviewed tires instead:

The Valera A/T is offered in popular sizes for 16-20 inch SUV and LT wheels. Firestone provides a 50k mile limited warranty. Some online forum reviews badmouth the tire (and the brand), while others say the tire is fine.

For the price, we think you can pay a little more to get a much more reliable A/T tire. We highly recommend the 4.8 rated General Grabber AT2, which has a 60k mile warranty and over 450 driver reviews! The 4.5 rated Firestone Destination A/T is also a good choice, but for the price we would choose the Grabber AT2, if available. 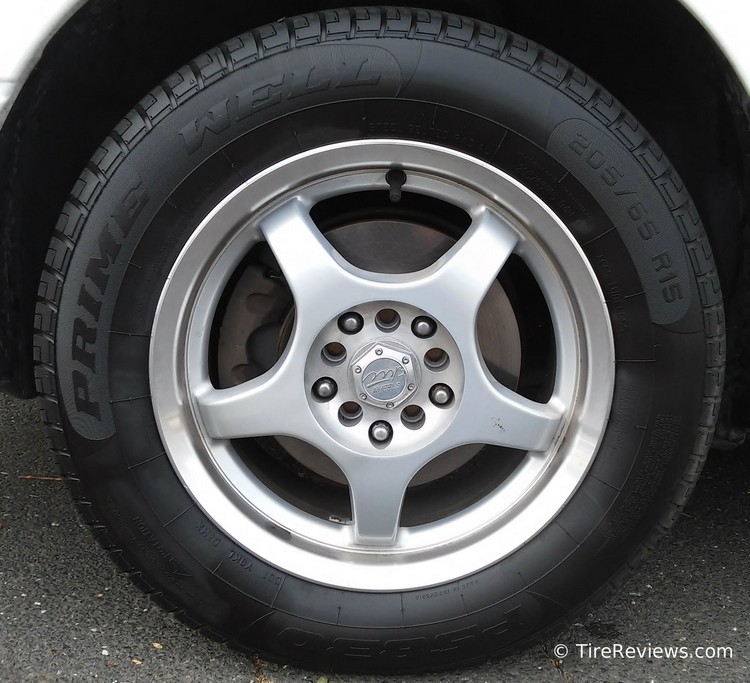